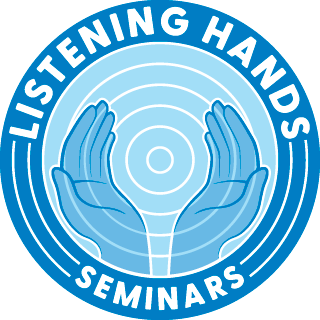 I want to tell you about a session I had last week that demonstrates exactly what we have been teaching.

My female client broke her neck when she was 19 and has had 4 neck surgeries since then. I first worked with her about 7 years ago after her first surgery and she’s had 3 more since then. Six weeks after the last surgery, she had a car wreck in which she braced with her right arm against the steering wheel and fractured her wrist and jammed her ulna into her elbow and her arm into an already compromised neck. I saw her for 2 sessions before our class in which I focused on unloading her right arm from her neck and easing the trauma from both the wreck and the neck surgery. While I was out of town she had  wrist surgery!

She was 5 days out from her wrist surgery when she came in for her session. She looked tired and depleted and her arm looked as if it were just stuck on her body and didn’t belong. Thinking I wanted to decompress her arm from her neck and reestablish fluid body function to her traumatized arm, I started listening for Motion Present in the arm. It felt as though there was little fluid movement present. I thought I would check her midline at the occiput to see what inherent motion was present there.( What resources were available for the arm) There was a very sluggish, wobbling, sensation. The movement that was perceptible kept pausing, perhaps a dozen times. Each time the pause would be on an exhale. Each time a different movement would emerge with a little more “oomph” in its expression but still sluggish.

She then said that she doesn’t do well with anesthesia and that she couldn’t feel her body. It was then that I realized the meaning of sluggishness. There was still a big part of her that couldn’t wake up from the anesthesia! Her system again went into a deeper exhale and a stillness that felt more / bigger, more dynamic. It stayed there for longer than the other pauses. Upon emerging there was a bigger inhale with more amplitude followed by a deeper exhale. This continued for several more cycles getting stronger each time. There was one more pause at the end of an exhale and then a strong, consistent mid tide of 2 -3 cycles per minute.

She took a deep breath and said that she could feel her body! She then said that her arm really felt like it was just stuck onto the side of her body and felt lifeless. Now that the midline was more “alive”, there were resources available to reinhabit her arm. Again I listened for motion present and gradually felt the sensation of a “dried sponge filling up”. As that became stronger, the fluctuations began to be more consistent. She began to feel her arm again. Her face had a renewed brightness!

“Potency” – The sluggishness indicated diminished “potency”. Remember in the embryo that the midline shows up first and grows from the future sacrum. The body is then organized in relation to this midline. This midline is present before any other “system” or anatomy. The tremendous growth in the embryo indicates a lot of “potency”.

“CV4″ – Her system was trying to build up potency in the midline by constantly going into a still point on exhale. This is called a “CV4”.
There has to be “potency” in the midline before it is available to the periphery.

“Ignition – ”The first big inhale after the more dynamic still point is called “ignition”. It’s as if a “spark of life” has restarted the system.

Her arm was then able to “draw upon” the potency of the midline for its own ignition.

Her system was in shock from 3 traumatic events in a 5 month period – 2 surgeries and a car wreck. Resuscitating the system (ignition) was critical.

This confirms the model we have been working with.

I hope that you will begin to have similar experiences. These experiences give confidence in this model and will encourage you to” listen” just a little longer.

Attend a Class
Manage Cookie Consent
To provide the best experiences, we use technologies like cookies to store and/or access device information. Consenting to these technologies will allow us to process data such as browsing behavior or unique IDs on this site. Not consenting or withdrawing consent, may adversely affect certain features and functions.
Manage options Manage services Manage vendors Read more about these purposes
View preferences
{title} {title} {title}